Okay guys… one more and I’m done dressing my toddler up for Halloween 2018. The Boba Tea Costume was a backup in case this one didn’t work out because, I mean come on, we’re working with a toddler and a puppy here. Anything and everything could go wrong. I couldn’t get Matthew to dress up so I figured, why not dress up the two beings in the house that have absolutely no say of what I put on them! Planning this out, I initially thought, Mac would be the problem child here; yet he proves me wrong by sitting patiently, awaiting his treats, wondering why his humans punish him so. Pia on the other hand was the true patience tester. If she wasn’t throwing her hat off, she was eating Mac’s treats, if she wasn’t running around the room, she was lashing Mac with her whip. Nothing this toddler does can physically hurt this beast of a puppy by the way. Surprisingly the Lion Tamer Costume was cheaper and easier to make than the Boba Tea Costume. I’ve included material details to put this together below, but let us first “oo” and “aww” over the adorableness of the cutest lion tamer and the softest lion… 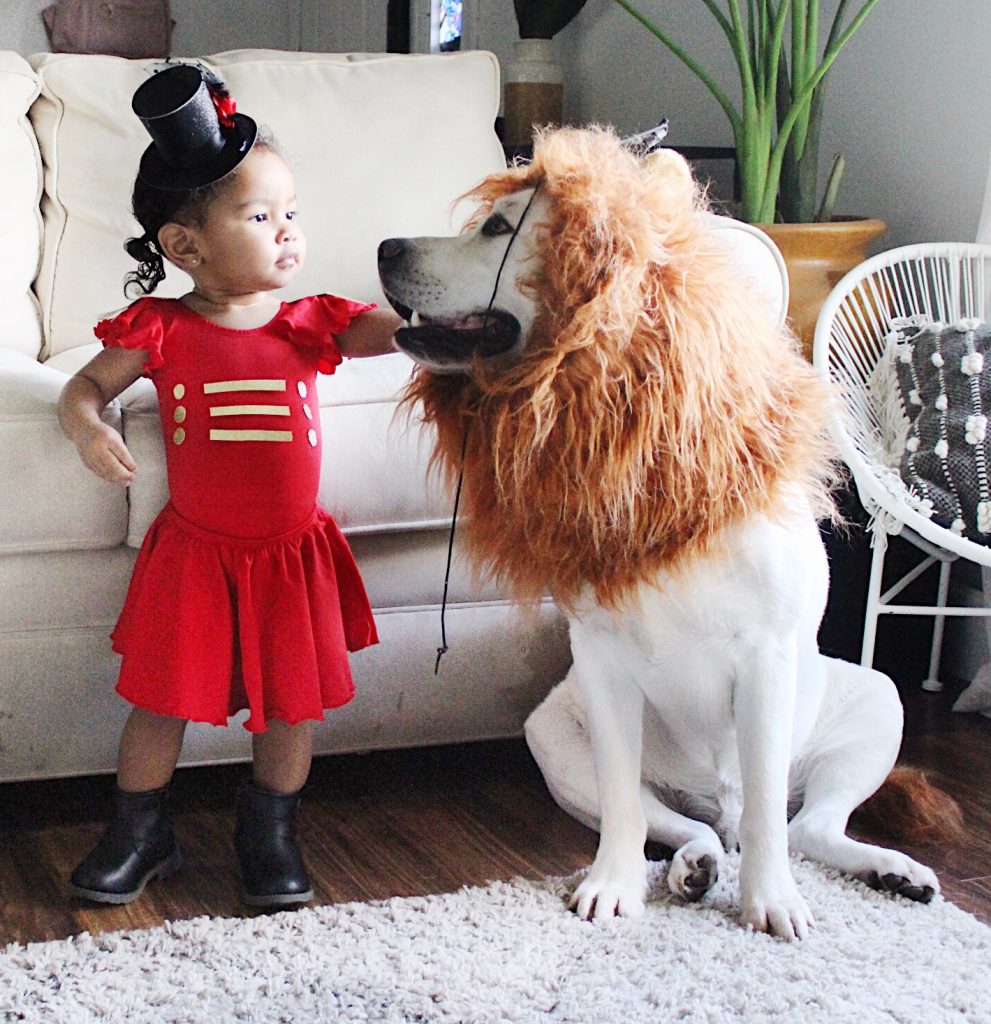 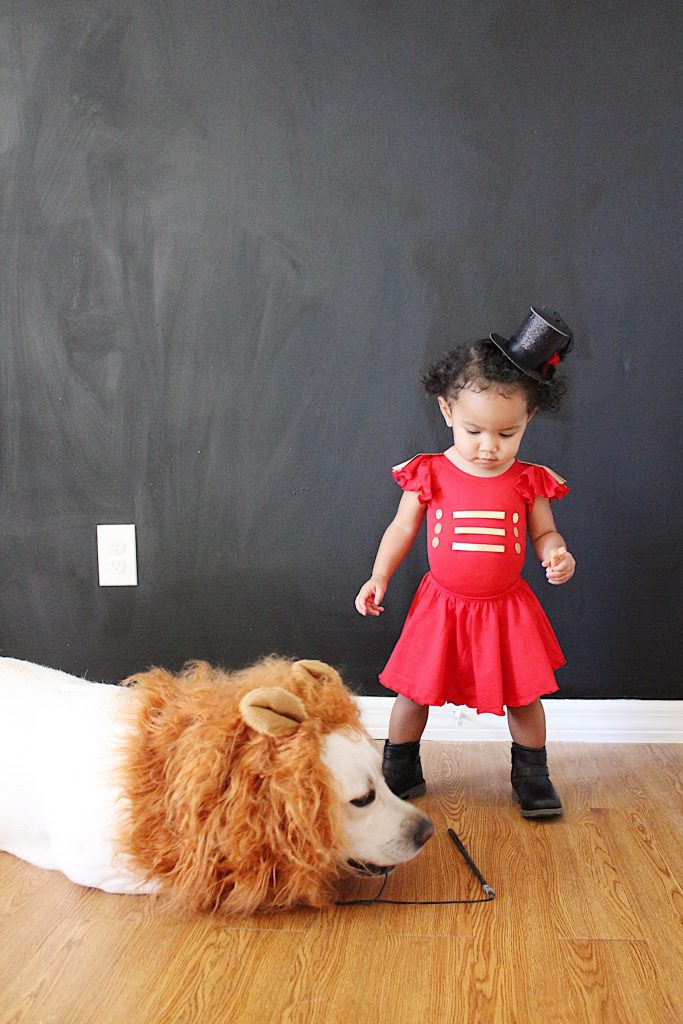 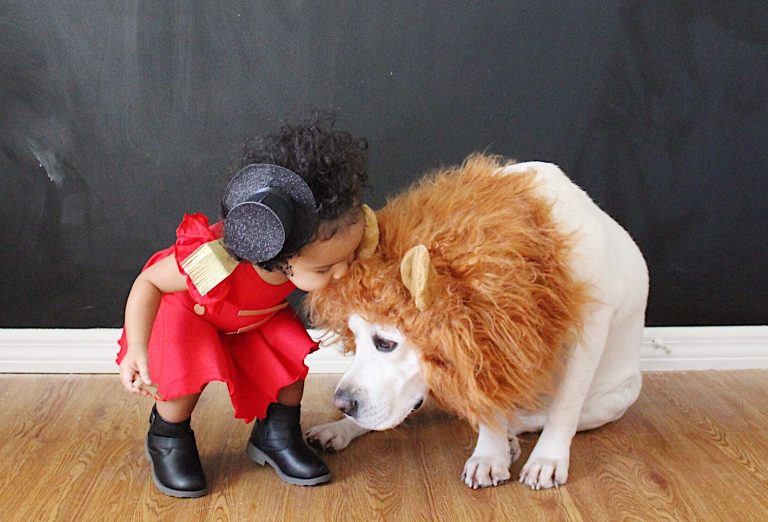 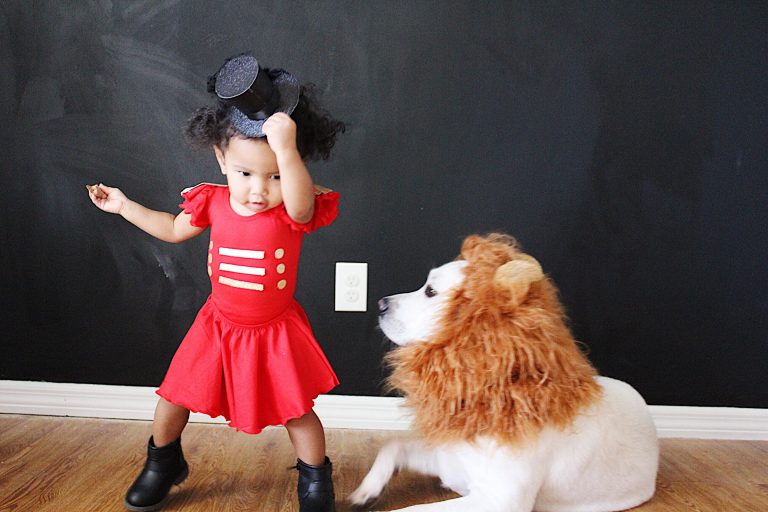 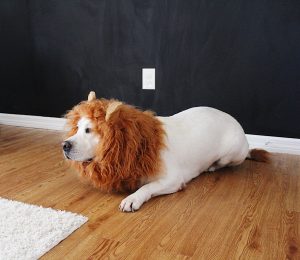 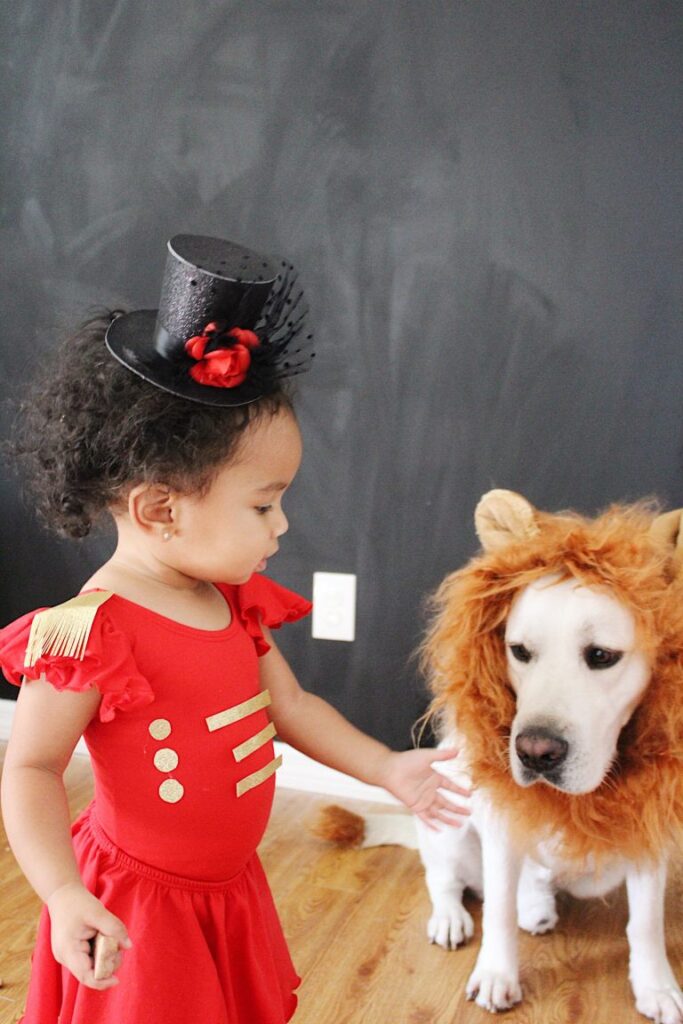 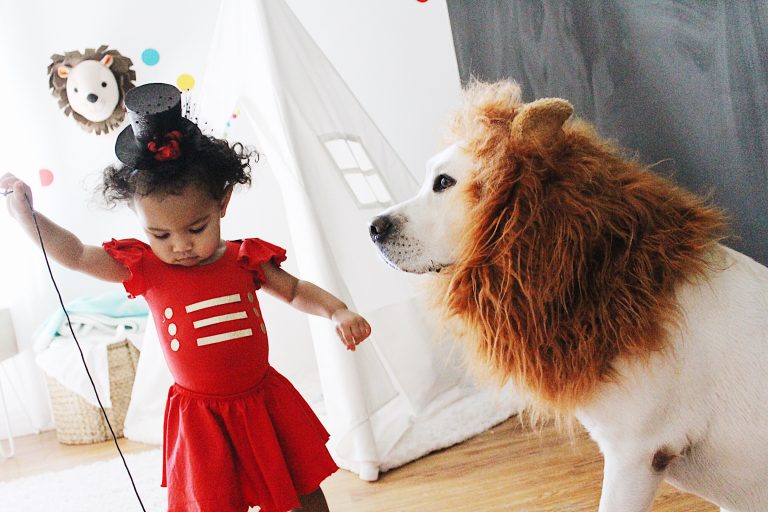 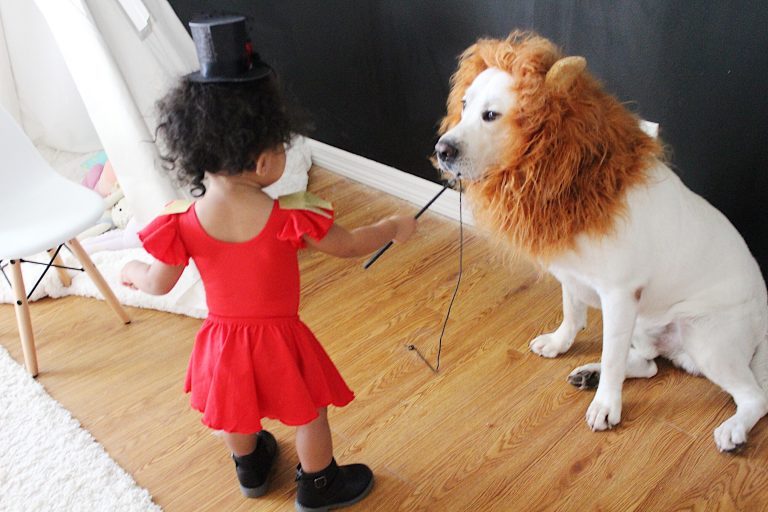 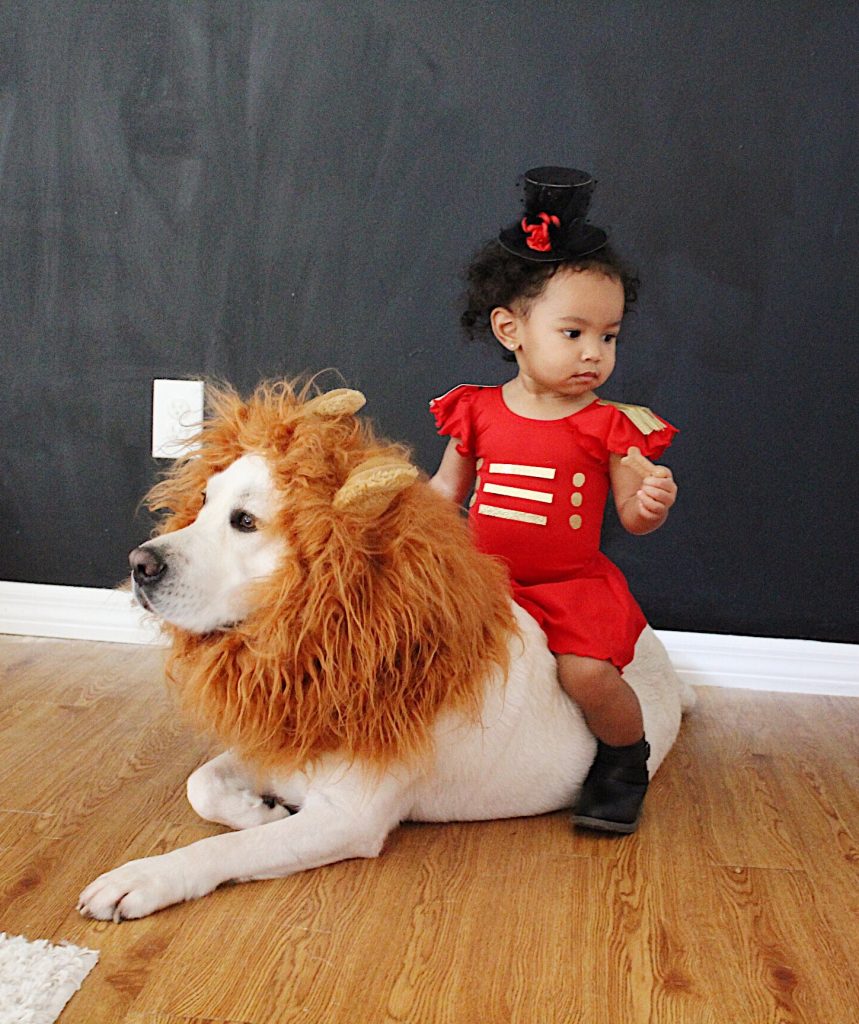 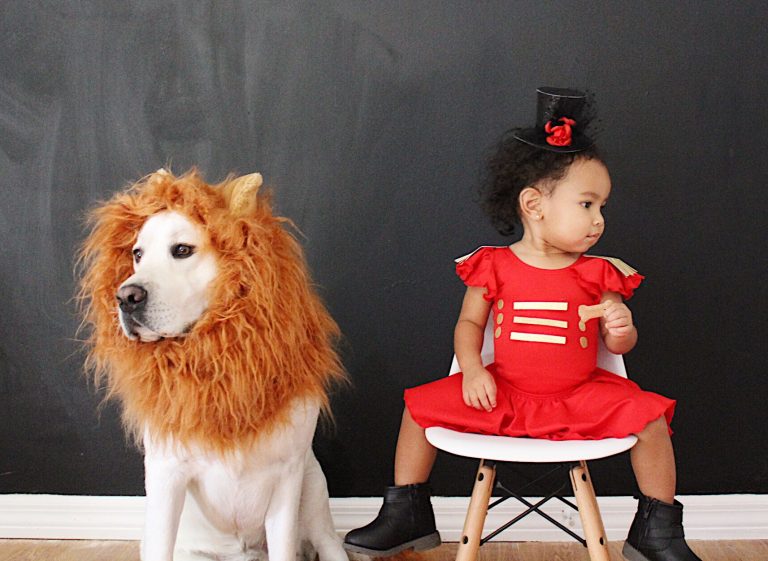 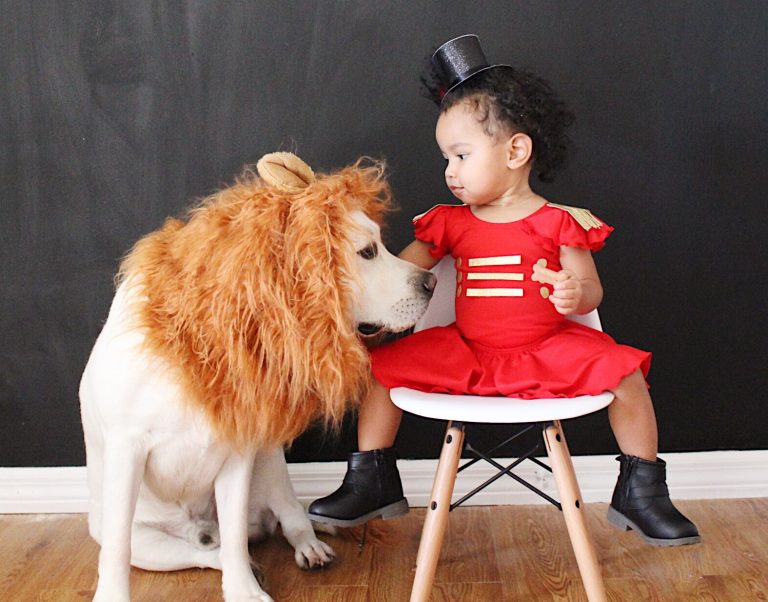 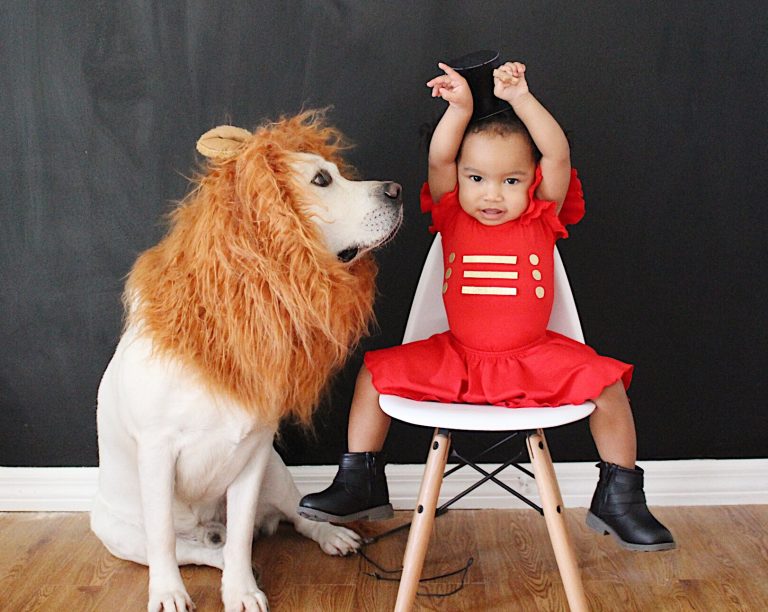 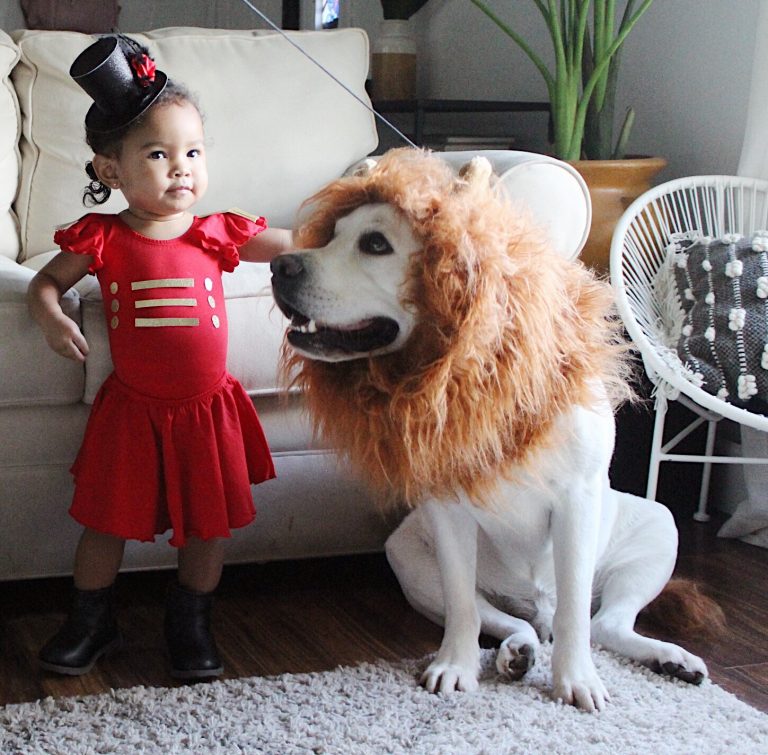 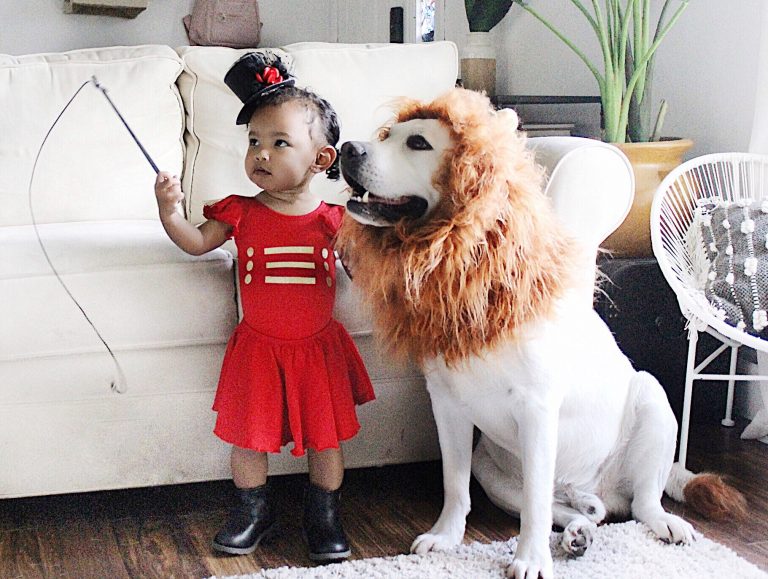 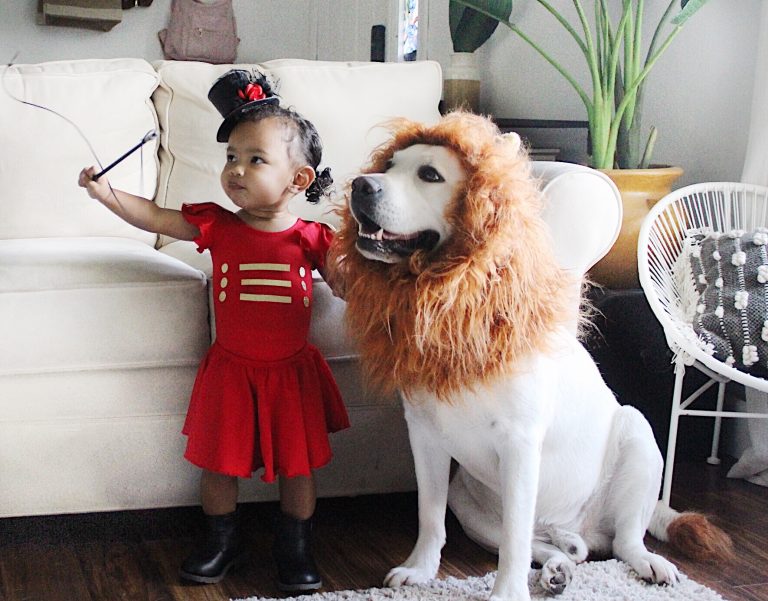 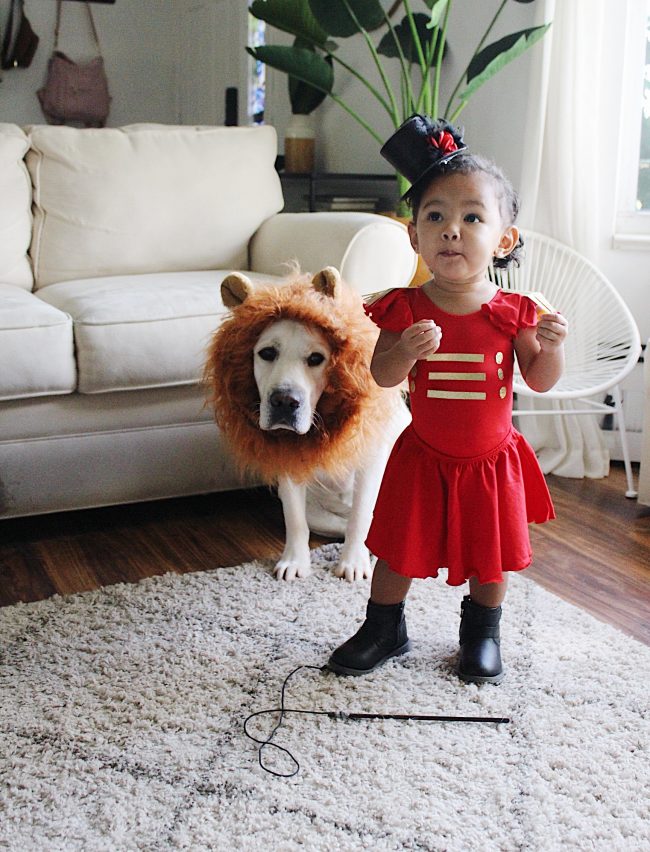 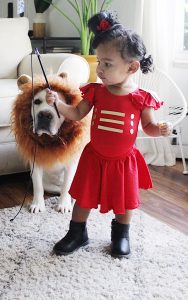 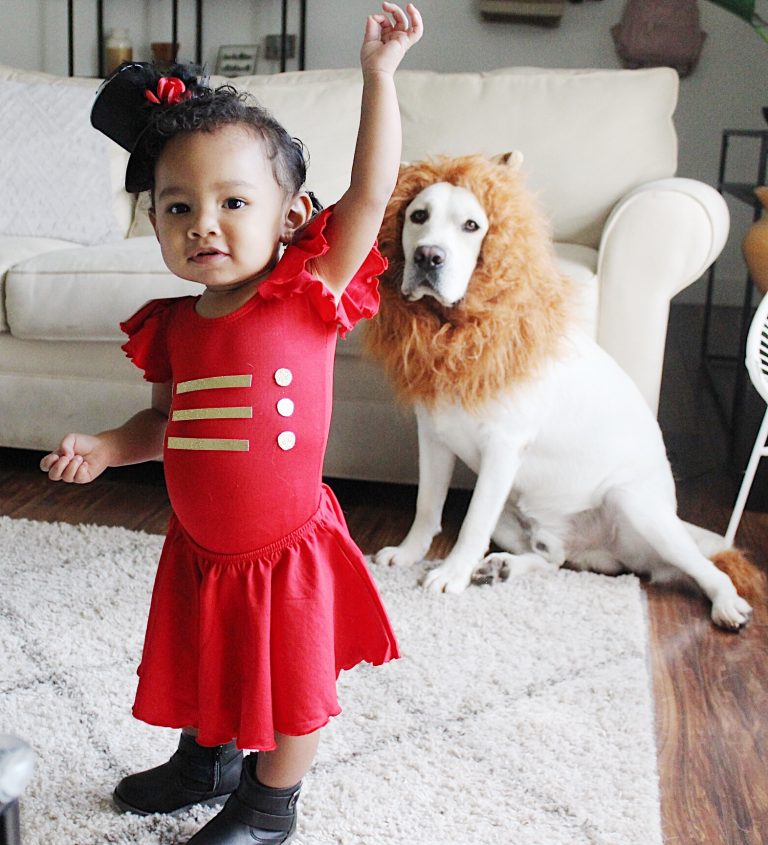 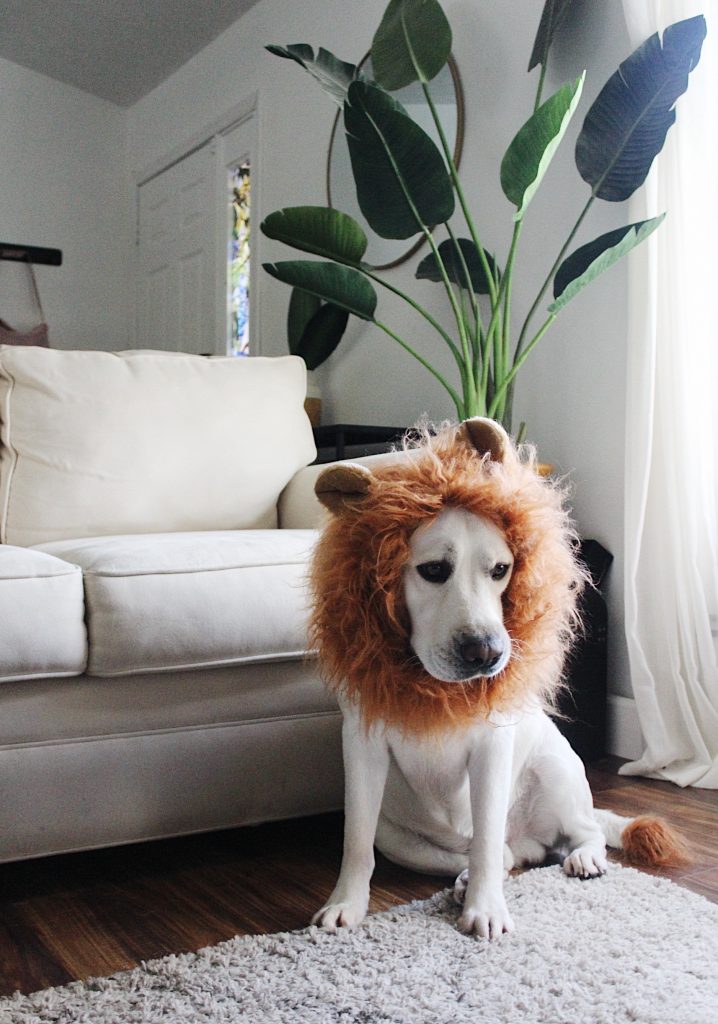 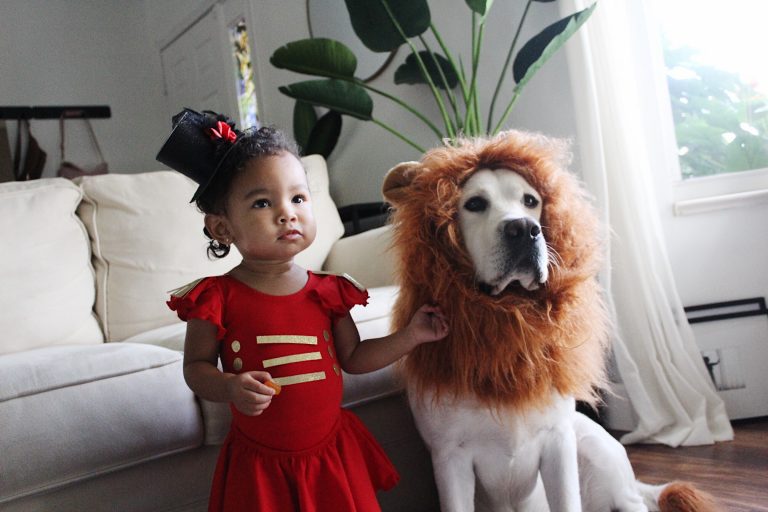 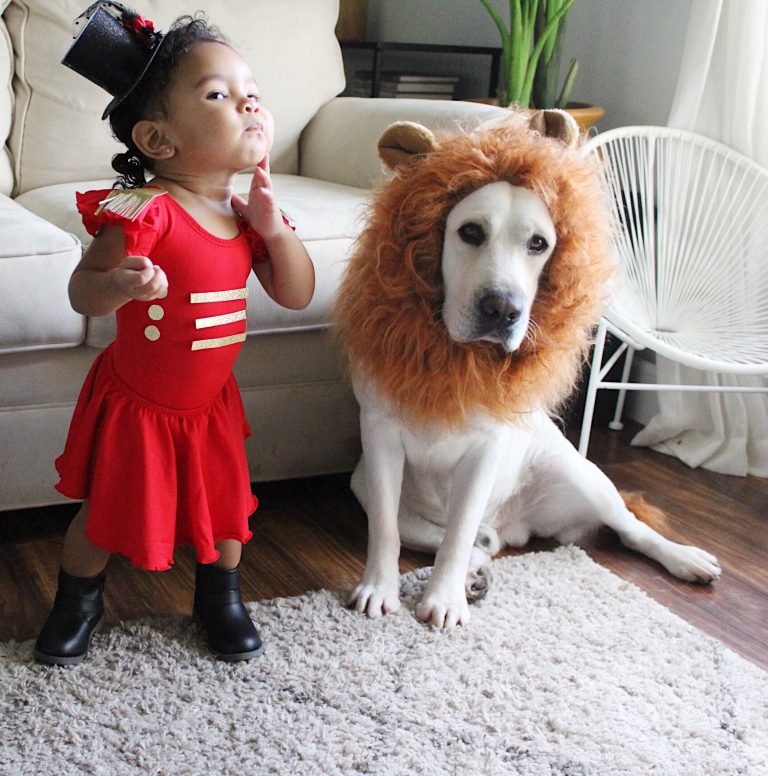 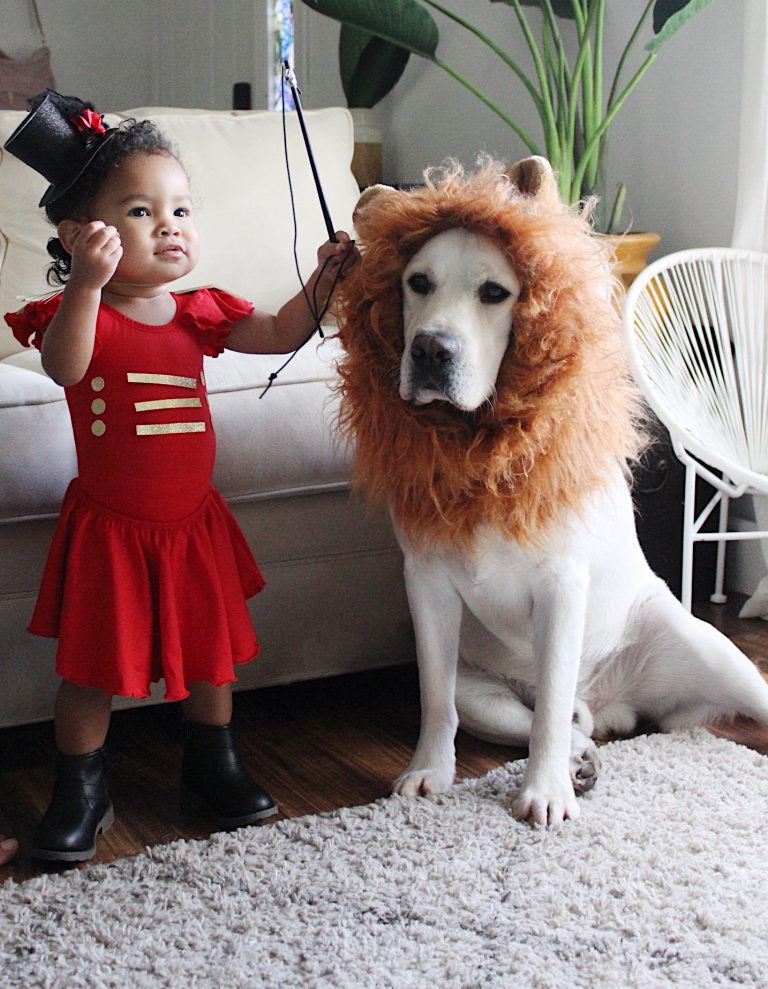 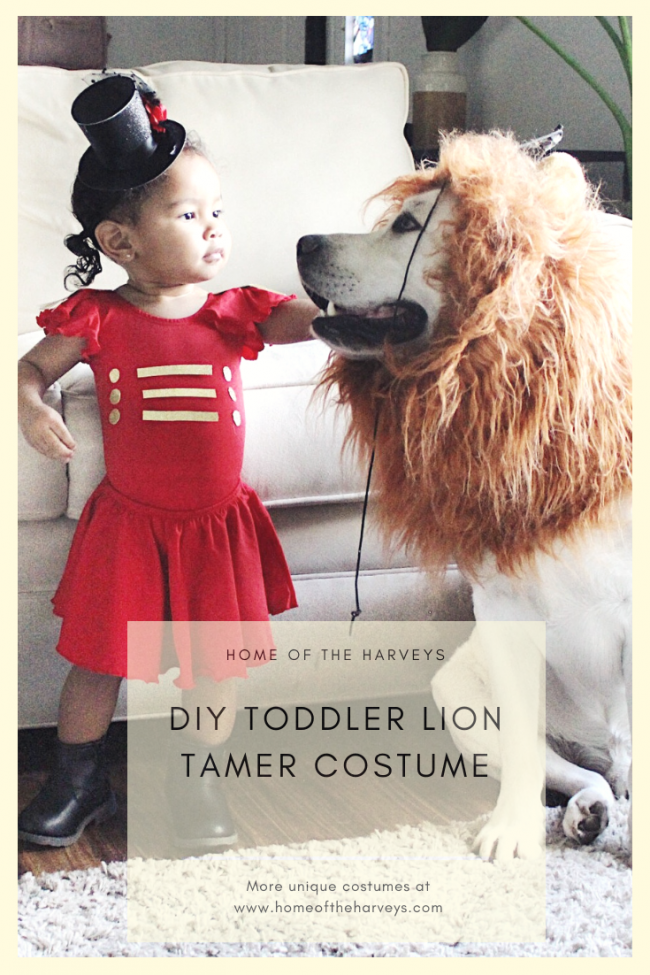 Have you seen any other baby & pet costumes for Halloween?

P.S. You’re missing out if you haven’t seen this or this costume yet…